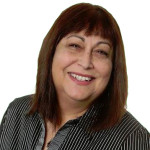 A message from the President, Professor Irena Papadopoulos

It is a pleasure and a privilege to welcome you at the 4th ETNA conference entitled ‘Reclaiming Compassion at the Heart of Nursing’ being held this year in beautiful Budapest, Hungary.

The conference deals with two of the most important issues in nursing that have received a lot of attention in the last 4-5 years. The issues are of course compassion and cultural competence. We have an interesting and very comprehensive programme which I am sure you will enjoy.

But conferences are also about networking. So make the most of these two days and get to know people. Rekindle your old friendships but also make new ones.

ETNA was established in 2005, so this conference marks its 10th anniversary!

In 2005 we believed that ETNA would have a key role to play in the preparation of culturally competent healthcare workers. This belief was based on the increasing migration of people into and within Europe. In 2005 we stated that migration was a big challenge because often migrants were fleeing from torture and persecution thus requiring very special care and understanding. We said that migration affected not just those requiring health care but the workforce providing such care.

Ten years later the UNHCR (United Nations High Commissioner for Refugees) announced that the number of people displaced by war, conflict or persecution reached a record high of nearly 60 million around the world in 2014.

Friends, we are ALL cultural human being and we ALL wish to be cared for with respect and sensitivity to our cultural values and customs but you must agree that the most vulnerable amongst us require our compassion and cultural sensitivity even more. Based on all the evidence we currently have, each one of us must work hard to make the world a better place. This conference is a small contribution to this goal.

I wish you all a very successful conference full of positive experiences and inspiration!

Membership of ETNA is FREE and open to anyone who is a nurse or member of any other health profession and who has an interest in or is actively involved in working with people from diverse cultures.